Developed to participate in the American IMSA endurance championship, the Porsche 962 is a prototype that uses a 6-cylinder flat engine. It becomes 962C by adopting a double supercharging which gives it a power of 700 hp for a reduced weight of only 820 kg.

Capable of going from 0 to 100 km/h in 3.5 seconds, this car can reach the maximum speed of 350 km/h and proves to be masterful on circuits all over the world. As a result, it won the 24 Hours of Le Mans in 1986 and 1987, as well as countless events that made it a legend in motorsport.

Produced in very few copies, the 962 is much sought after by collectors because of its incredible sporting record and its performances which are just as impressive. 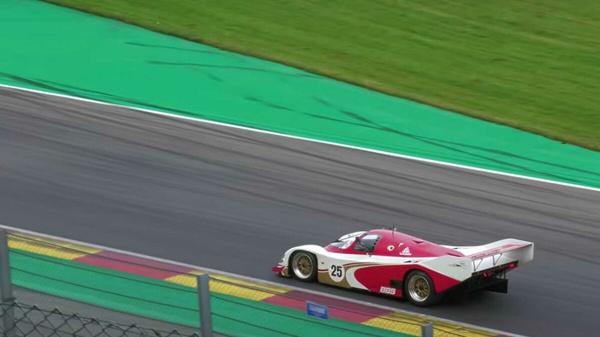 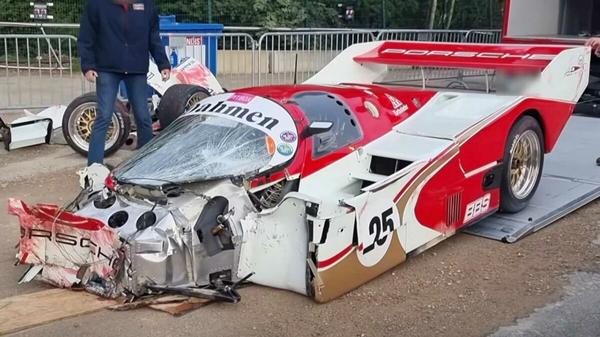 Today, each copy is worth several million euros. Given their value these days, existing copies mostly sit locked in air-conditioned garages and don't see the light of day anymore. And even less the track.

This is not the case with this 962C which was driving a few days ago on the impressive circuit of Spa-Francorchamps, in Belgium. To the delight of the spectators present, the car drove like it did in the early 80s. All you had to do was close your eyes to find yourself in the atmosphere of the time.

As he enters the Chicane, the Porsche driver is over-optimistic and gives too much throttle: the turbos went off, the car spun and hit the wall on the pit straight .

The accident may have taken place at low speed, but the Porsche hit hard! As a result, the entire front of the car was smashed. Fortunately, the driver escaped unscathed but one can easily imagine the feeling he had after destroying such a rare car.

Taken by the tow truck, the Porsche was photographed in the paddocks and it seems that its reconstruction requires a huge amount of work… Not to mention the invoice that will go with it.

Check out the video of this amazing track outing right here:

An extremely rare Porsche 962C ends up in pieces on.. He is driving in the wrong direction on the motorway!Video: He takes all the risks to stop..Unusual: a giant hole engulfs several..Crash: three Ferraris crash into. .

NEXT: Peace and Quiet: The 10 Quietest and Most Scenic Roads in America